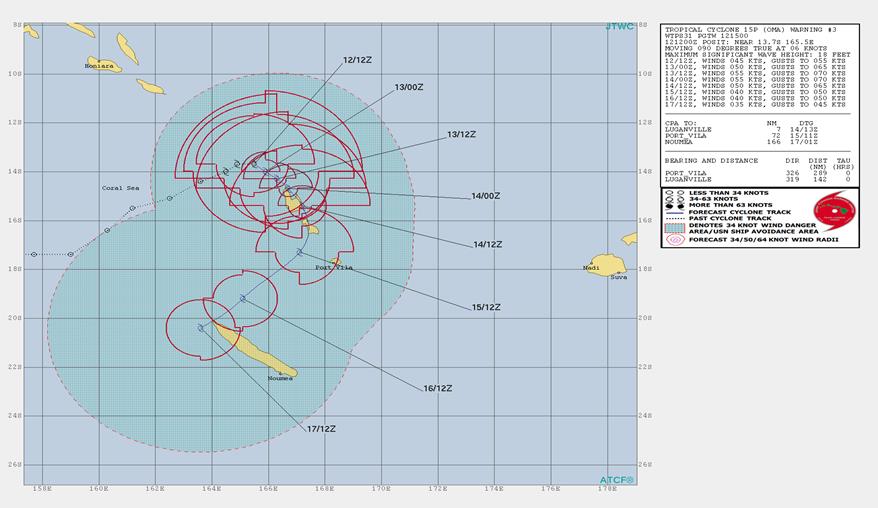 According to the Joint Typhoon Warning Center (JTWC), as of 2:00 a.m. local time on February 13—or 10:00 a.m. Eastern Standard Time (EST) on February 12—the center of Tropical Cyclone Oma was located nearly 333 miles northwest of Port Vila, Vanuatu (13.8S, 165.6E), having tracked eastward at nearly 7 miles per hour (mph) during the past six hours.  JTWC reported a maximum wave height of 18 feet and sustained winds of approximately 52 mph, with higher gusts, as of 8:00 a.m. EST.

JTWC forecasts that Tropical Cyclone Oma will shift southeastward and track across open seas during the next 36 hours before making landfall over Vanuatu’s Espiritu Santo island with sustained winds of approximately 63 mph on February 14, with heavy rainfall and flooding in low lying areas, as well as strong winds and rough seas.