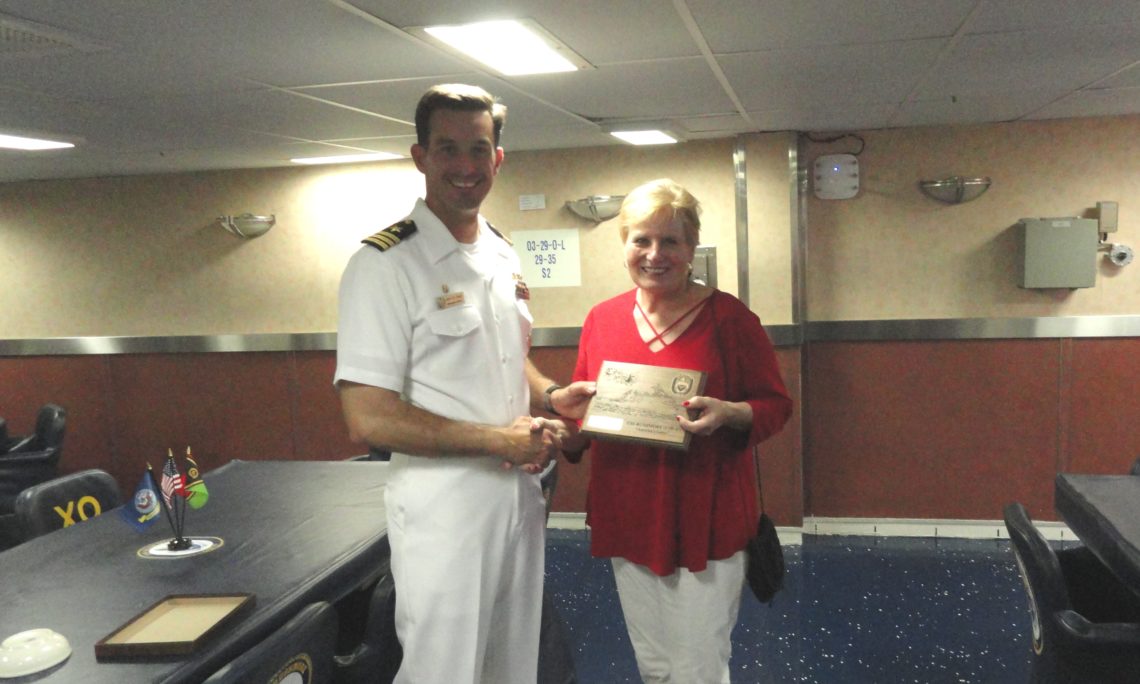 During the visit, the crew will host a reception on board, and Rushmore Sailors will have the opportunity to tour the island of Vanuatu and enjoy the different activities, local foods and culture the island has to offer before heading to sea again.

“We value our partnership with the countries in the South Pacific and are committed to assisting them in enhancing maritime security and keeping the sea lanes open for the benefit of all,” said Rushmore’s Commanding Officer, Cmdr. John Ryan. “This event is a unique opportunity for the crew to demonstrate the pride and professionalism of the U.S. Navy and reciprocate the hospitality we receive when we make foreign port calls.”

The United States and Vanuatu established diplomatic relations in 1986, six years after Vanuatu’s independence from France and the United Kingdom. In 2016, the United States and Vanuatu signed a historic maritime cooperation law enforcement agreement, which included a ship rider agreement. Ship rider agreements allow maritime law enforcement officers from island nations like Vanuatu to use U.S. ships as maritime platforms from which to conduct boardings of commercial vessels operating in their respective exclusive economic zones.

OMSI is a secretary of defense program aimed to diminish transnational illegal activity on the high seas in the Pacific Island Nations of Oceania’s exclusive economic zones (EEZ) and enhance regional security and inoperability with partner nations.

Rushmore is home ported in San Diego and is part of the U.S. Naval Surface Forces and U.S. 3rd Fleet. Third Fleet leads naval forces in the Pacific and provides the realistic, relevant training necessary for an effective global Navy. Third Fleet constantly coordinates with U.S. 7th Fleet to plan and execute missions based on their complementary strengths to promote ongoing peace, security, and stability throughout the Pacific theater of operations.

For more information for the USS Rushmore, please visit: