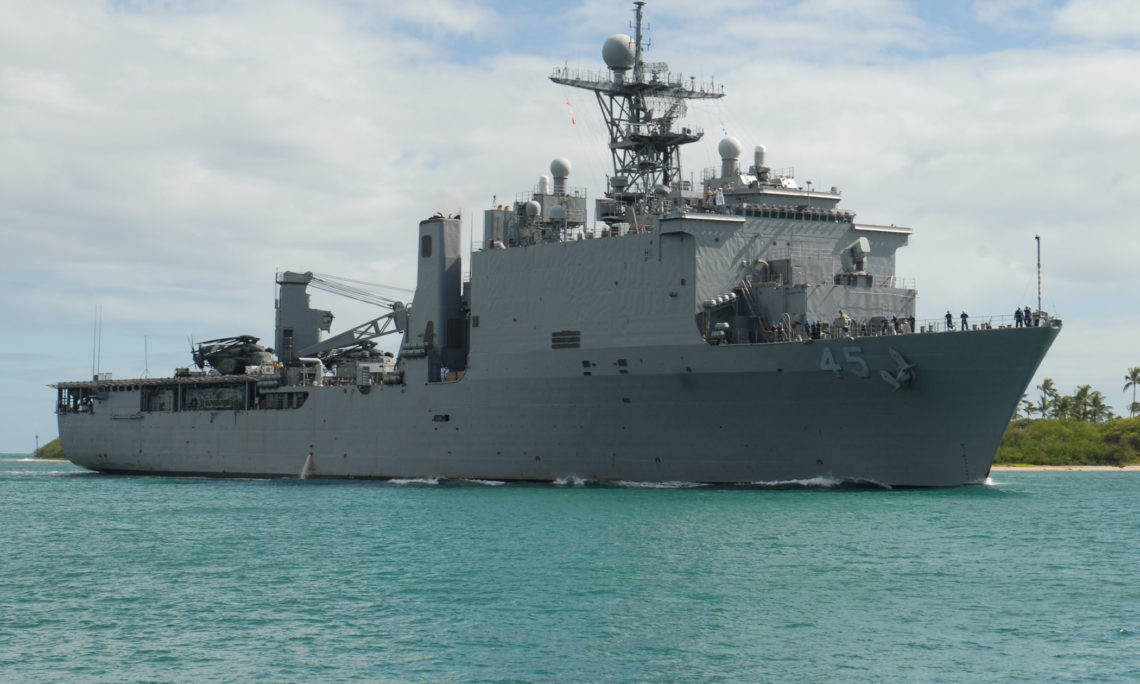 Port Moresby, Papua New Guinea: The amphibious landing ship USS Comstock (LSD 45) will make a port visit to Port Moresby on April 15-19, 2017. During the visit, U.S. Marines with the 11th Marine Expeditionary Unit (MEU) will join the Papua New Guinea Defense Force (PNGDF) in a training exercise focused on improving PNGDF’s ability to provide security for national-level events, such as the national elections this year and the Asia-Pacific Economic Cooperation annual summit in 2018.

“We are pleased to welcome the Comstock, the 11th MEU, and the ship’s crew to Papua New Guinea,” said Ambassador Catherine Ebert-Gray. “In addition to helping PNG prepare for the upcoming APEC Conference, this exercise will strengthen U.S.-Papua New Guinea relations as our two nations work together for a stable and prosperous Asia-Pacific region.”

Approximately 100 Marines will participate in exercises throughout Port Moresby with PNGDF forces over the weekend. While many of their training activities will take place at the military barracks, some will be held in public spaces, such as John Guise Stadium, or at local hotels or parks.

Comstock’s stop in Papua New Guinea comes after several months of operations in the Middle East supporting coalition efforts under Operation Inherent Resolve. Comstock serves as a sea-base for a number of Marine Corps missions from combat operations to providing humanitarian assistance.   Activities in the Asia-Pacific region are designed to enhance amphibious capability with regional partners, such as PNG, and to serve as a ready-response force for any type of contingency.

Both Comstock and the 11th MEU are based out of Southern California. Comstock’s visit follows visits by Military Sealift Command ships USNS Pililaau (T-AKR 304) and USNS Sacagawea (T-AKE-2) in 2016 as part of the Pacific exercise series called Koa Moana where U.S. Marines trained alongside the PNGDF in a number of skill sets.