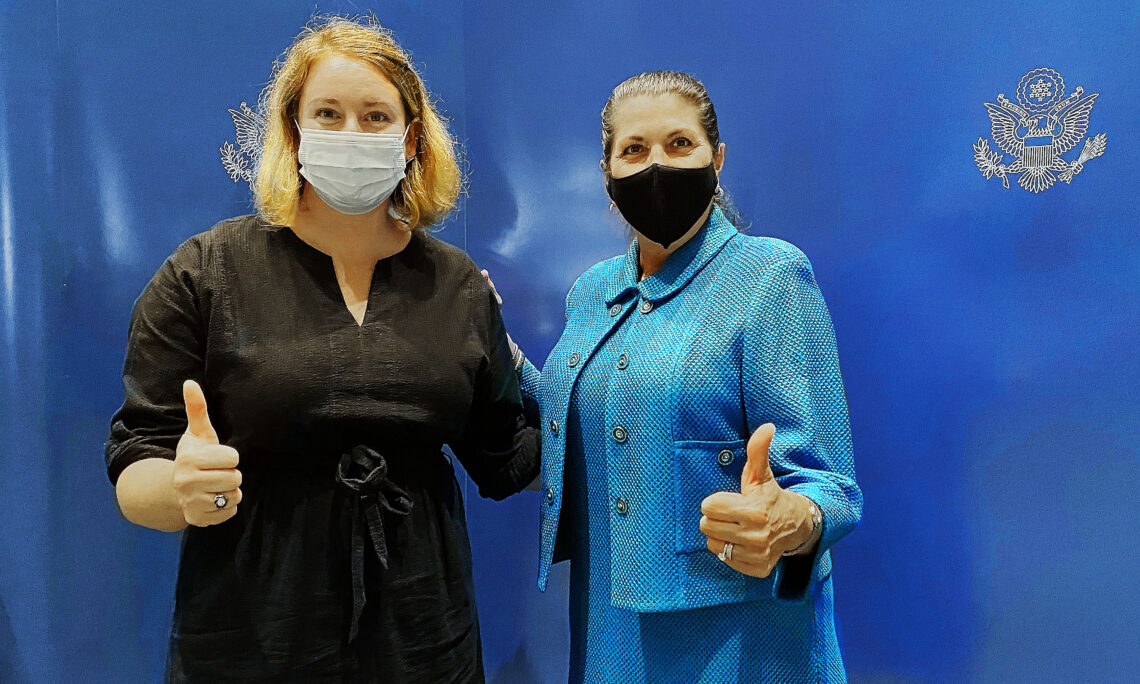 USAID’s funding will initially support West New Britain Province to implement a new triple-drug treatment strategy designed to reduce the number of times a community needs to be treated overall for lymphatic filariasis.

At USAID’s 60th anniversary event at APEC Haus, Ambassador McKee announced this new funding to PNG government officials in attendance and the media. “Papua New Guinea has made great progress in the fight against neglected diseases to date,” said Ambassador McKee. “We are pleased to be able to support this important work and the country’s ongoing efforts to strengthen health care. We look forward to celebrating with Papua New Guineans as they achieve even more public health milestones and end lymphatic filariasis.”

What is lymphatic filariasis?

Lymphatic filariasis is a tropical disease transmitted through the repeated bites of parasite-infected mosquitoes. When a person experiences the chronic impacts of lymphatic filariasis, painful swelling, severe disfigurement, and disability can make it difficult to engage in school and work, affecting education and employment opportunities.

However, the disease is preventable and treatable in early stages. After years of sustained treatment with safe, effective medicines, lymphatic filariasis can be controlled and ultimately eliminated by reducing the amount of disease to levels that make it much less of a public health threat. PNG has the largest number of people at risk for lymphatic filariasis of any country in WHO’s Western Pacific Region. The disease is present in 14 of 21 provinces in PNG.