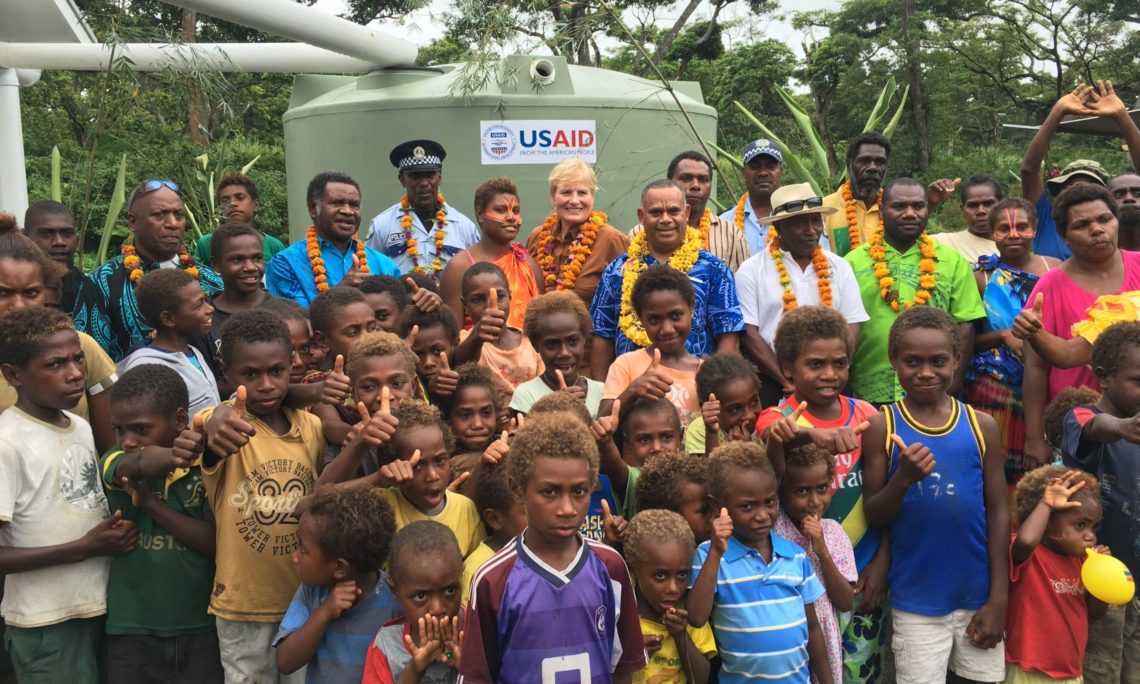 Lonamilo, Vanuatu: Working in partnership with the U.S. government, the people of Lonamilo have taken great strides to improve community resilience through the construction of a multipurpose structure in their village.

The United States Agency for International Development (USAID), through its Coastal Community Adaptation project (C-CAP) began working with the community in 2014. Lonamilo community members, in partnership with C-CAP identified an evacuation center as their community’s priority need. The multipurpose structure will serve as as a shelter for community members during storm events and will also serve as a primary school for the community.

USAID constructed the building with reinforced materials to withstand category 5 tropical cyclone conditions. It is accessible for people living with disabilities, and also has basic solar lighting and water and sanitation facilities. Additionally, the structure functions as a rainwater catchment system, with 10,000 liter storage capacity and includes technology to improve the quality of water that is stored. USAID has provided 10 communities across Vanuatu similar support, directly benefiting nearly 1,200 people.