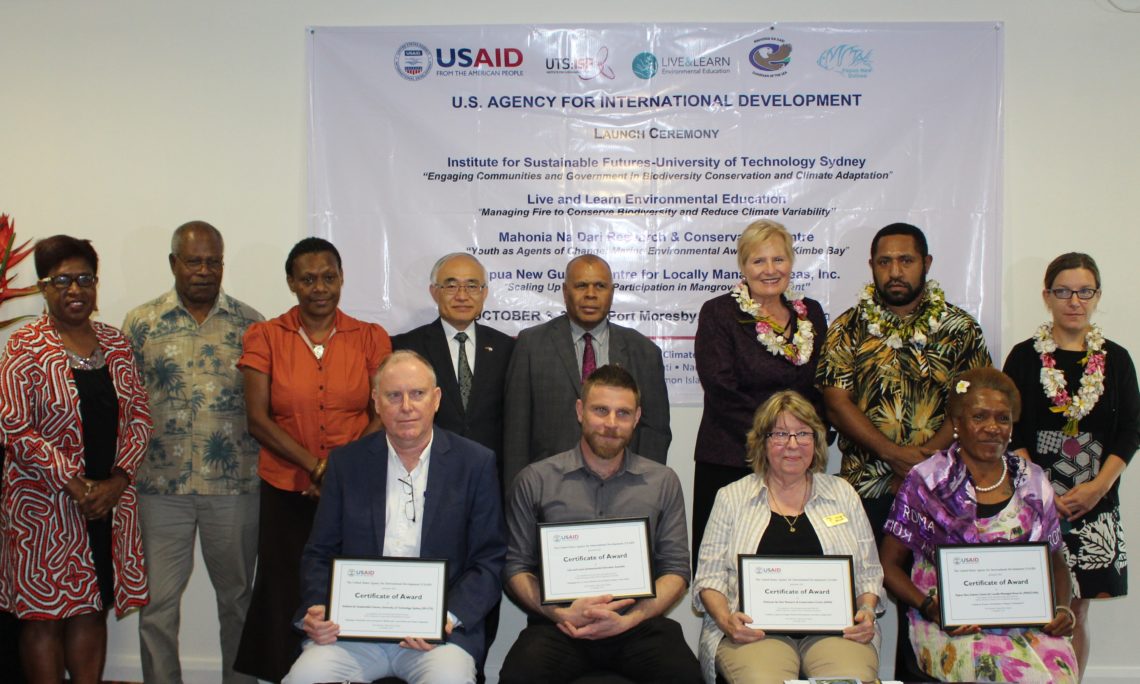 “These initiatives we are launching today build upon our strong ties as we promote a resilient future for the people of Papua New Guinea,” said U.S. Ambassador Catherine Ebert-Gray as she reaffirmed the American people’s commitment to the well-being of the peoples of the Pacific Islands. “This country is blessed with an exceptionally rich marine and terrestrial biodiversity, and it is critical to conserve Papua New Guinea’s natural heritage.”

Mahonia Na Dari Research, Education and Conservation Centre will implement the Youth as Agents of Change: Marine Environmental Awareness in Kimbe Bay project. The project will raise marine biodiversity awareness of communities in three districts surrounding Kimbe Bay. The bay is considered a key biodiversity area which hosts over half the world’s species of hard corals and over 900 species of fish. The project will develop a marine environment education curriculum, approach and materials that can be rolled out to the rest of the country and to other countries comprising the Coral Triangle, also known as the “Amazon of the Seas.”

The Papua New Guinea Centre for Locally Managed Areas Inc. will implement the Scaling Up Women’s Participation in Mangrove Management project. This project will train women and men in Kairuku District, Central Province to promote equal participation in decision-making for mangrove forests and food resource management.

The Institute for Sustainable Futures-University of Technology Sydney will implement the Engaging Communities and Government in Biodiversity Conservation and Climate Adaptation project. This project will train regional governments and communities of the provinces of Madang and Chimbu in community engagement processes that identify impacts of weather extremes and ecosystem services. The training will help them make informed decisions as well as lobby for the protection of valued ecosystems.

Live and Learn Environmental Education will implement the Managing Fire to Conserve Biodiversity and Reduce Climate Vulnerability project. This project will develop a fire and forest management plan to reduce the vulnerability of the Gimalapira biodiversity conservation area, its surrounding villages, and the agroforestry zone to future major fire events.