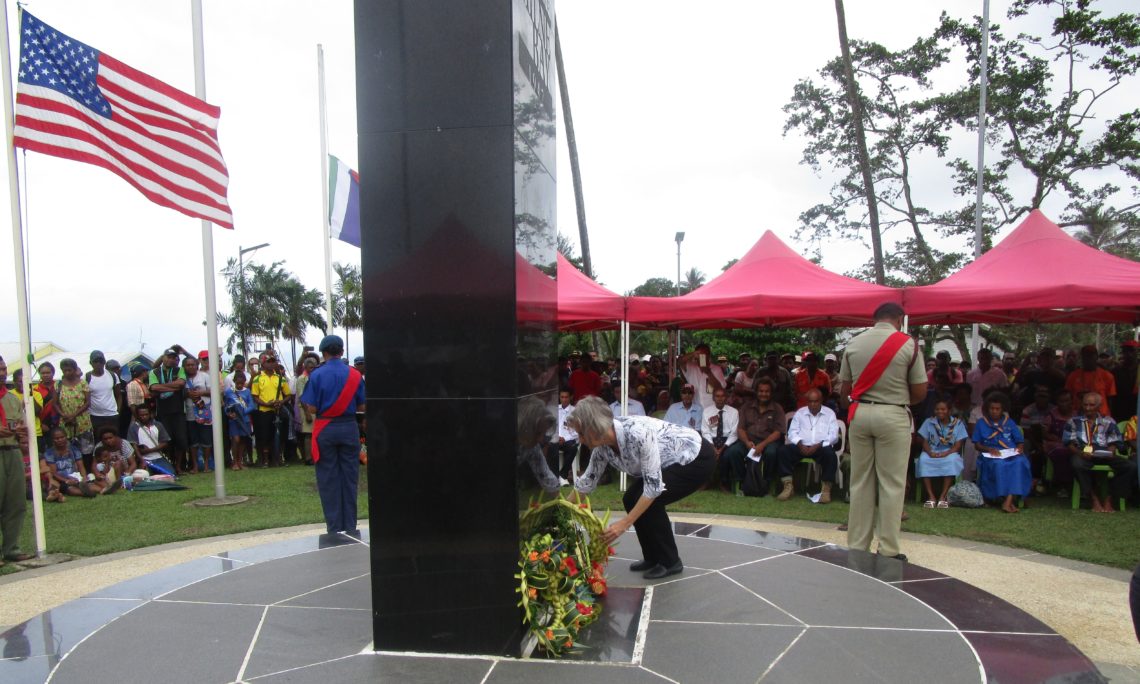 The official ceremony included a parade to the Alotau War Memorial. The parade was made of eight local schools, the Royal PNG Constabulary, the PNGDF Navy Contingent, Ex-Servicemen, Scouts and Girl Guides.

In her remarks Ms. Drake said that she was honored to be present on behalf of the United States Government and the American people to pay homage to those who fought to guarantee the freedoms that we enjoy today.

“On this day in 1942, the Battle of Milne Bay was underway, and at its conclusion the Allied Forces had achieved a decisive victory that helped to turn the tide of the war in the Pacific – both morally and strategically.”

“The United States will continue its steadfast commitment to, and investment in the region and its diverse people.   It is a fundamental priority for our country to continue to strengthen our regional partnerships so we all benefit from an environment that ensures peace, prosperity and a stable future.”

The Battle of Milne Bay was fought August 25 to September 7, 1942, during World War II. The battle is often described as the first major battle of the war in the Pacific in which Allied troops decisively defeated Japanese land forces.