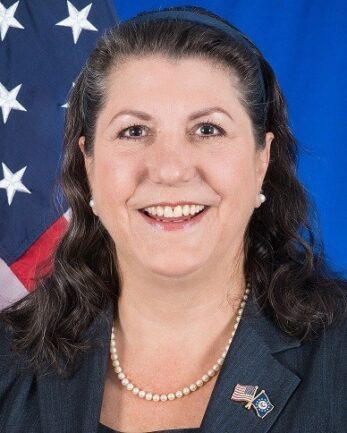 Erin Elizabeth McKee is the United States Ambassador to the Independent State of Papua New Guinea, to the Solomon Islands, and to the Republic of Vanuatu.  Prior to her appointment, she served as Deputy Chief of Mission at U.S. Embassy Jakarta, and Mission Director for USAID/Indonesia and USAID/ASEAN also in Jakarta.

Ambassador McKee is a member of the Senior Foreign Service, with the rank of Career Minister, and brings a wealth of foreign policy and development experience to her position.  Prior to her tour in Indonesia, Ambassador McKee served as Senior Deputy Assistant to the Administrator for the Human Capital and Talent Management Office (HCTM).  She also served as the Senior Deputy Assistant Administrator for the Bureau of Policy, Planning and Learning (PPL).  Prior to her assignments in Washington, D.C., Ambassador McKee was the USAID Regional Mission Director for Central Asia.  There she was responsible for direct management of USAID’s programs in Kazakhstan, Kyrgyzstan, Tajikistan, Turkmenistan, and Uzbekistan. Before her assignment in Central Asia, Ambassador McKee was the supervisory contracting officer at USAID’s missions in Iraq, South America (covering Peru, Bolivia, Colombia, Ecuador, Paraguay and Brazil), and West Bank-Gaza.  From 1995 to 1999 she served as a private enterprise officer, then as the chief of the economic growth office in USAID/Russia.  Ambassador McKee was recruited as a Foreign Service Officer in 1995 from the private sector.

Before her U.S. government career, Ambassador McKee served as the general manager and then executive director for Capital Investment Group’s (CIG) Russia operations, and earlier for Morrison Knudsen, Inc.’s international mining division throughout the former Soviet Union.  She holds a bachelor’s degree from the University of California, and a master’s degree from the University of Washington.  She speaks Russian, Spanish, and Bahasa Indonesia.