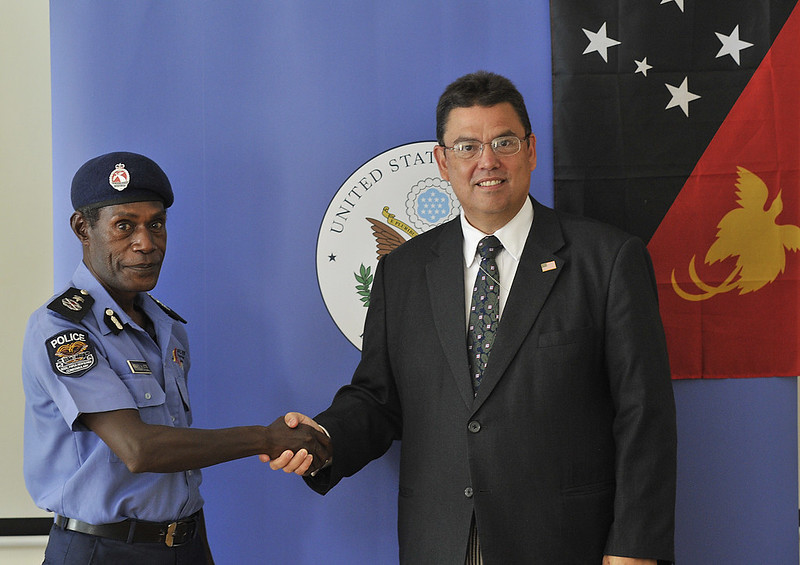 At the opening of the training, Chargé d’Affaires, a.i. Zadrozny addressed the participants and thanked the RPNGC for their support of a safer, more transparent PNG. He stated, “Transnational crime threatens all of us, Americans and Papua New Guineans. In June, President Biden made it a mandate to bring transparency to the global financial system and close loopholes that undermine democracy. I applaud PNGs efforts to fight corruption and financial crimes. Papua New Guinea is working with us to catch criminals and make the Indo-Pacific safer.”

This training was given at the request of the PNG government to provide their investigators with new skills and knowledge on international best practices for conducting complex financial criminal investigations involving money laundering and corruption. The training included sessions covering advanced investigative techniques, FBI case studies, and practical exercises.

The Federal Bureau of Investigation is part of the U.S. Department of Justice. The FBI’s mission includes providing leadership and criminal justice services to domestic and international agencies and partners. The FBI stations special agents and other personnel overseas to build relationships with law enforcement, intelligence, and security services around the globe. The FBI has 63 legal attaché offices and 30 smaller suboffices in key cities around the globe, providing coverage for more than 180 countries, territories, and islands. Each office is established through mutual agreement with the host country and is situated in the U.S. embassy or consulate in that nation. The FBI’s Canberra Legal Attaché Office provides coverage for Australia, PNG and additional Pacific Island Nations. For additional information about the FBI, visit www.fbi.gov.