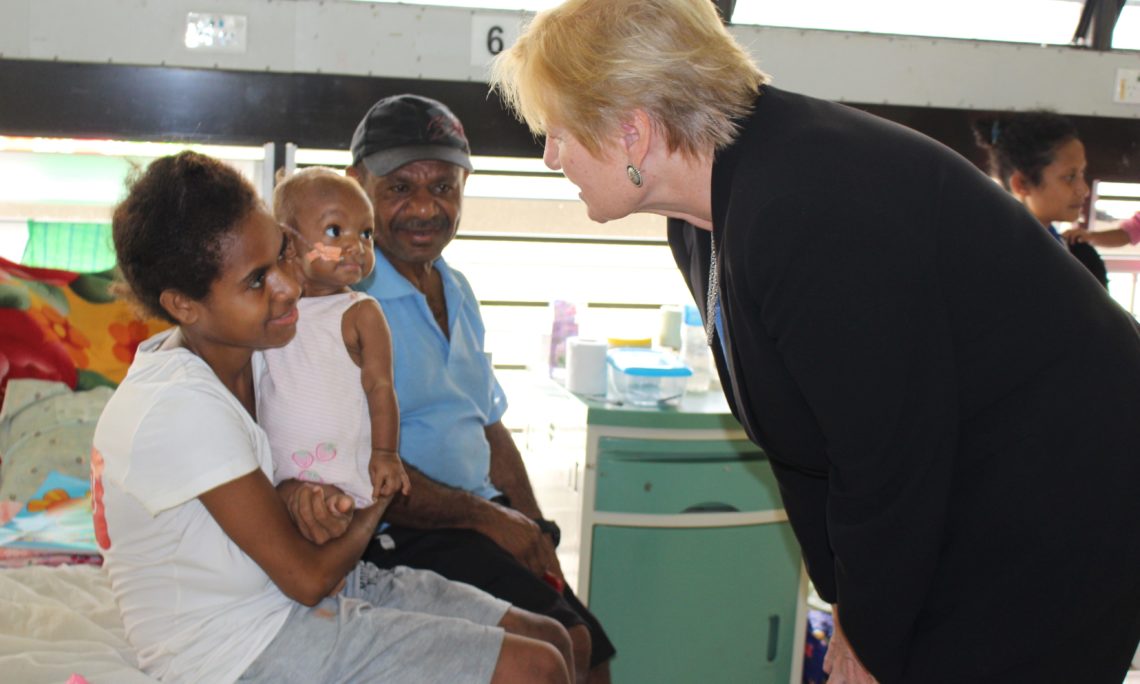 The Ambassador presented the patients with clothing, donated through the generosity of Hogan Lovells, one of the world’s largest law firms. The donation was part of the firm’s commitment to give back to the communities.

“The spirit of kindness and generosity is something we in the United States are proud of – and something we count on,” said Ambassador Catherine Ebert-Gray. “When there are people in need, the American people rise to the occasion and help out. This gift, from the people at Hogan Lovells is just a small example of that American generosity.”

The Ambassador also thanked PNG Tribal Foundation for their assistance in bringing these items to Papua New Guinea from Washington D.C.

The U.S. Government, in collaboration with the National Department of Health, is firmly committed to advancing the health of Papua New Guineans through the work of U.S. Agency for International Development (USAID) and the Centers for Disease Control (CDC) and Prevention here in Papua New Guinea.

Some of the Embassy’s major initiatives include: