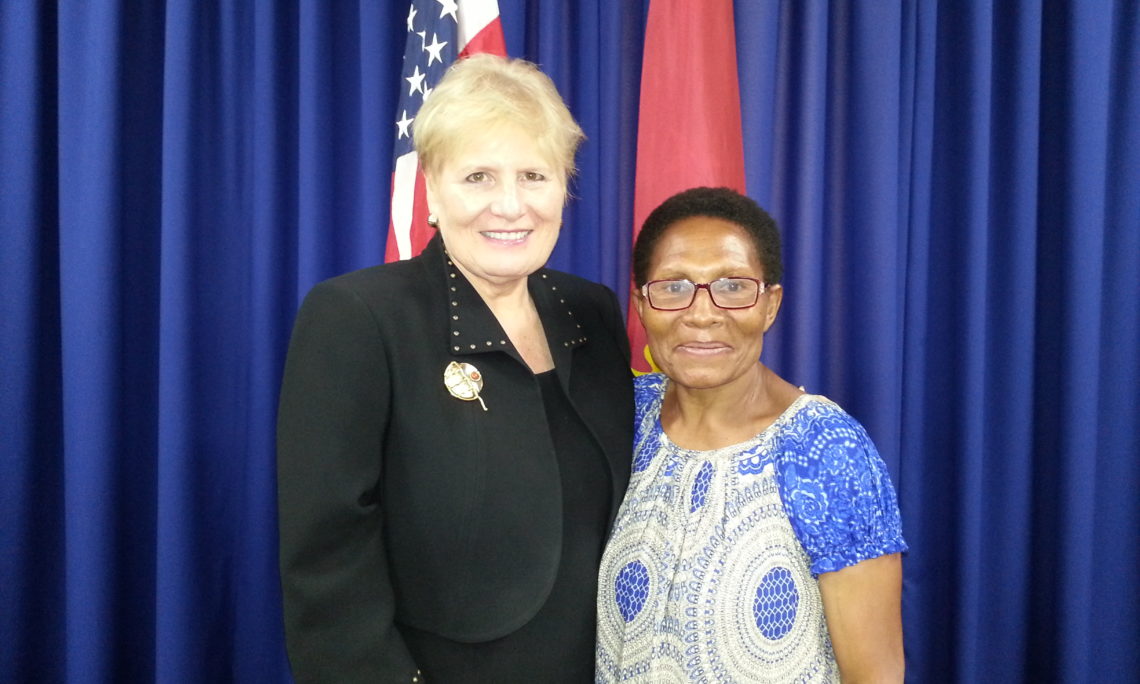 Port Moresby, Papua New Guinea: U.S. Embassy Port Moresby is pleased to announce that Veronica Simogun has been honored as the East Asia and Pacific awardee for the 2017 U.S. Secretary of State’s International Women of Courage Award. Ms. Simogun was honored as this year’s awardee in recognition of her work as an advocate for women and children who have been victims of violence.

U.S. Ambassador Catherine Ebert-Gray said she was thrilled to honor Veronica as the 2017 nominee for the International Women of Courage Award for Papua New Guinea.

“Veronica is very deserving of the International Women of Courage Award based on her consistent actions and courageous stance on rescuing, defending and caring for women and children who are survivors of violence,” Ambassador Ebert-Gray said. “She is a change agent for the human rights of women and children in Papua New Guinea.”

The U.S. Secretary of State’s International Women of Courage Award honors women around the globe who have exemplified exceptional courage and leadership in advocating for human rights, women’s equality, and social progress — often at great personal risk.

Ms Simogun is in Washington, D.C. for the official awards ceremony and a program of activities as part of the State Department’s observance of International Women’s Day in March. The program began on March 25 will continue through April 8 in the United States. Ms. Simogun will return to PNG on April 10.

Ms. Simogun is the founder of the Family for Change Association based in Wewak, East Sepik Province. Because of the support she provides for victims of violence, her own life has been threatened yet she continues to work tirelessly and selflessly.

Ms. Simogun started Family for Change in response to the high levels of family violence that she was seeing in her community. She has taken a courageous stance in rescuing and caring for vulnerable women and children in the face of threats of violence and verbal intimidation directed at her. Because of her work to protect them from abusive partners and relatives and to find safe homes for victims, she has become a hero to thousands in her community.

Family for Change has provided support services for more than 6,000 cases.  The Association has also repatriated or safely reintegrated more than 60 survivors of domestic violence, providing durable solutions in a society where there are few options for women who choose to leave abusive relationships.  In addition, Ms. Simogun has developed a program which she presents in schools to address the root causes of family violence and promote behavior change for men and boys.

When asked to describe what keeps her going in the face of such danger, Ms. Simogun said that she is not bothered when people harass or threaten her. She believes in protecting the women and children who are victims of violence in East Sepik province and that through education and awareness, her generation can influence young men and boys to become supportive partners in violence-free homes.